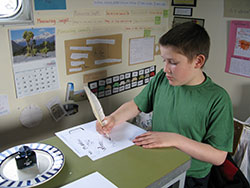 The Falkland Islands Government considers Education to be a high priority and devotes a large proportion of its annual budget to providing the best possible schooling for all pupils.

For those primary school aged children living in ‘camp’ or the area outside Stanley this means either going to a small settlement school or having a travelling teacher. 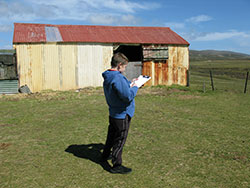 When Matthew was growing up at Main Point Farm, there were no other farms nearby with children, so I was appointed as his travelling teacher and mainly taught him on a one-to-one basis. I was lucky enough to continue visiting him for seven years! I taught Matthew for two weeks in every six, and he had telephone lessons, with daily homework set, for the other four weeks. We followed the Infant Junior School curriculum as best we could, so that if and when he went into Stanley for a short visit (perhaps for the dentist or doctor) he could fit into his class in school. This was a very useful transition as from the age of nine he would spend the odd week in the boarding hostel, getting used to life in Stanley. Once pupils are of Secondary School age, they live in Stanley House – a purpose built boarding house – and attend the Falkland Islands Community School in Stanley. 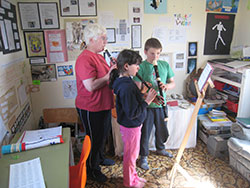 Our school day followed the normal timings, and we went over the yard to a room in a portacabin, which was set up as a schoolroom. We returned to the house for smoko (breaks) and lunch. It is very intense for the only pupil in a class – each day is very ‘full on’ so when concentration wandered we would go outside for a walk, play a game or I would just send Matthew to run 4 times round the washing line! 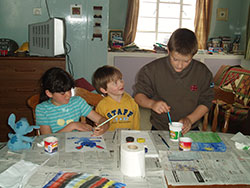 As he got older we extended the day to include extracurricular experiences such as cooking, music lessons (Matthew is a good recorder player and has had some piano, guitar and flute lessons), family research and long walks exploring the natural surroundings.

Of course, these sessions could go on all evening as I was actually living with the family, so was around all the time! Occasionally another pupil of a similar age would come and stay and they would have lessons together, and sometimes Matthew would come with me to another farm for a few days. 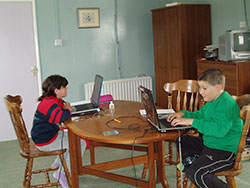 There were also very jolly times when we got four or five pupils – all of different ages- together and took on a day’s special project. 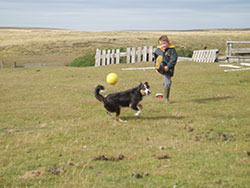 As a teacher, I found it a real privilege to get to know my pupil and his family so well – both in and out of school – and his progress could be maximised as lessons were tailored to his strengths and weaknesses. Communication between myself and his telephone teacher was vital, but having the same travelling teacher throughout his Primary school years meant that continuity and progression were easy.

I am pleased to say that in my opinion, Matthew fulfilled his potential in Camp Education – although we did struggle with team games! 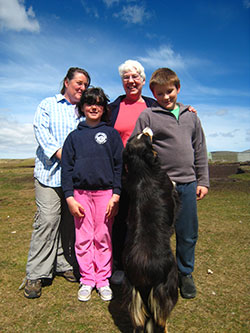 About the author:  I had been teaching for many, many years; towards the end of my career I was looking for something a bit different – an adventure of some sort – so an advertisement in the Times Educational Supplement in 2004 seemed to be just right. The Falkland Islands Government were looking for a Travelling Teacher, who could be flexible, work independently and in a team, and be prepared to join in with farm life...... well I was not sure about the last requirement but I was prepared to give it a go.

My school in Devon agreed to give me a year’s leave without pay, and hold my position open until the following September, but by Christmas I was well aware that the job was right up my street and I would extend my contract – again and again and again! My brother was a Royal Marine and had been part of the Task Force sent to the Falklands in 1982, and he had also visited the Islands with his wife and daughter more recently – so I knew a bit about the place. When I broke the news to my parents, I said I was going a long way away for a year, and my mother’s face fell. But when I said I was going to the Falkland Islands she brightened immediately and said ‘Oh good, they speak English there!’

I would certainly say it was the best move I ever made in my life!

My interest in the Falkland Islands, later to become a fascination, started a very long time ago. An old uncle of mine worked the Foreign Office and would bring me a whole variety of wonderful stamps; the Falkland ones were always the best with birds and battleships on. At Littledean Primary school I used to tell all my class mates that my uncle was a spy, this improved my street-cred by an unimaginable amount, because without doubt no one else in the school had an uncle who was a spy, I milked this story for the entire time I was there. The truth was of course I had no idea what my dear old uncle did but it was a pretty safe bet that he was definitely not a spy and quite probably made the tea.

Well the years went by, then came the war in 1982; this rekindled my interest together with the real fear that my beloved Falklands were going to fall into the hands of unfriendly foreign power before I'd had a chance to go there. Thankfully this didn't happen, Mrs Thatcher together with a great many others came to the rescue, a good many of whom paid the ultimate price, my goodness you can ask no more a man than that. By this time I'd come to regard the Falkland Islands as mine, I'd taken this invasion personally, how dare these rascals try and stop me achieving my dream.

At this time with my father getting older there was no real alternative but for me to carry on milking cows here at Church Farm. Within ten years my father had died, I'd lost my best friend. This tragedy galvanised my thoughts, I also was getting older and if I didn't go to the Falklands soon it would be too late, the farmers son who was always referred to as "young Henry" was going to be an old man himself.

More years passed it was now 1999; a friend of the family came to stay for the weekend and over a pint in Kings Head opposite the farm I told him of my plan. Now I'd known this man since I was a youngster and had absolutely no idea that he had been nurturing this desperate desire to visit the Islands. This was now getting serious and in January 2000 we were on our way. I remember as if it were yesterday landing at MPA, the bus journey into Stanley and just finding it almost impossible to believe that I had actually realised my dream, having been told that you can be disappointed when you do. Not me, no sir, this was a hundred time better than I'd ever thought possible and here we are now in 2015 and I still feel exactly the same, the excitement that is my passion. 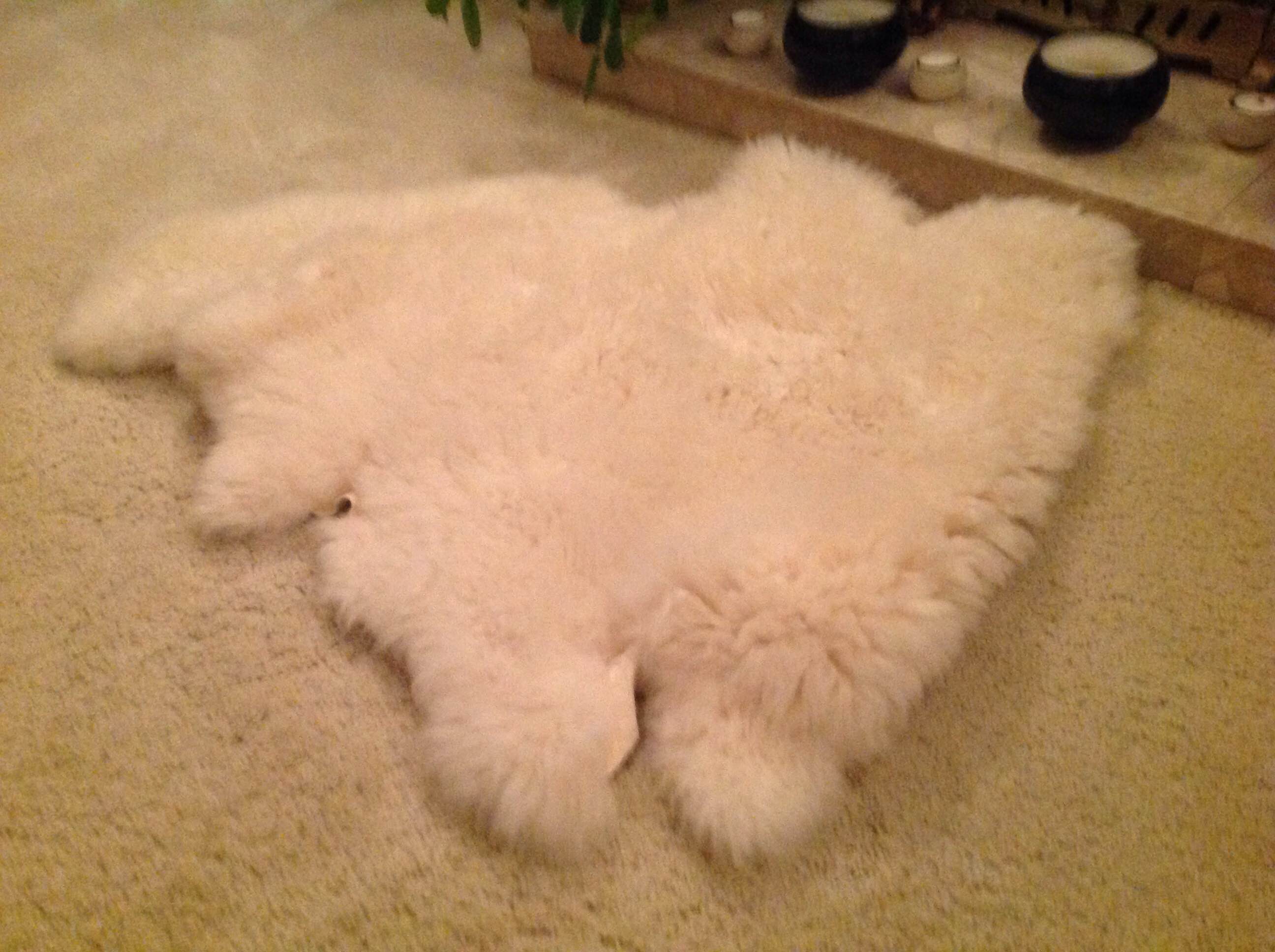 About the author: Henry Boughton is a very good friend not only to me & my family but so many people on the Falklands. I have lived in the Falklands all my life and I'm sure more people know Henry than know me! During one of Henry's many visits to the Islands he wanted to buy a sheepskin to take back to England as a present for his daughter. However there wasn't a local product available and in true Henry style he decided he would set up a sheep skin tannery not just in the Falklands but on West Falkland, which is more isolated & less accessible. It took a little time, a lot of planning, a few headaches & stressful moments on Henry's part but he is certainly no quitter & thus Woolmore sheepskins was born. Now people can purchase wonderful Falkland sheep skins produced on the Islands, a true Falkland product.

This lamb skin from one of my lambs was tanned by Henry and now adorns Katy's living room.